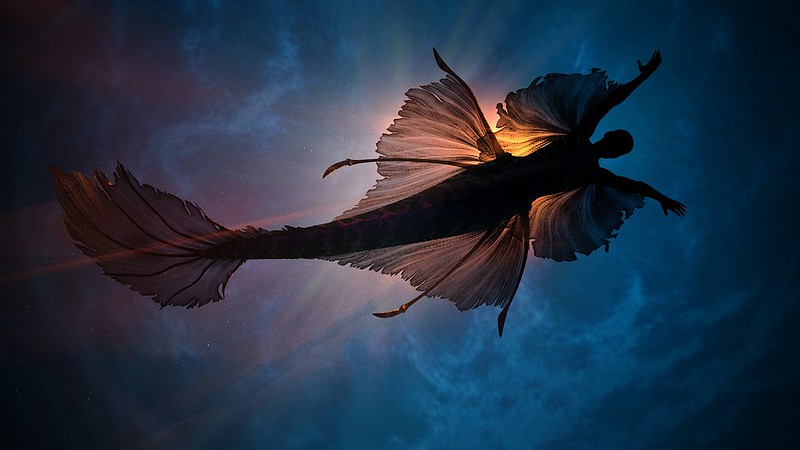 Legacies meets Nic Stone’s Dear Martin in Bethany C. Morrow's debut YA, A Song Below Water, about two best friends discovering their magical identities against the challenges of today’s racism and sexism.
Tavia is already at odds with the world, forced to keep her siren identity under wraps in a society that wants to keep her kind under lock and key. Nevermind she's also stuck in Portland, Oregon, a city with only a handful of black folk and even fewer of those with magical powers. At least she has her bestie Effie by her side as they tackle high school drama, family secrets, and unrequited crushes.
But everything changes in the aftermath of a siren murder trial that rocks the nation; the girls’ favorite Internet fashion icon reveals she's also a siren, and the news rips through their community. Tensions escalate when Effie starts being haunted by demons from her past, and Tavia accidentally lets out her magical voice during a police stop. No secret seems safe anymore—soon Portland won’t be either.

I became aware of this series because the sequel was on a list of sci-fi and fantasy books by Black authors coming out in the next few months. I wanted to get into this world before the next book came out.

This is a YA fantasy book that stands as a metaphor for the experiences of Black women. Sirens’ voices are powerful. They have the ability to make people do things. Sirens are always Black women and the world wants them to be silenced. Recently a woman was killed by her boyfriend. He claimed it was self defense because she was a siren who was supposedly controlling him. No one knows if that was true but just the accusation may make her murder “justified.”

Sirens are hidden in communities who will help them pass unnoticed. Networks of people will support them and give them outlets to use their voices. The main character in this book sings in a choir where her voice is drowned out by the other girls. But recently that hasn’t been enough. Her throat burns because her voice wants to break free. She can’t stand up for sirens in discussions in school without risking outing herself. Her father hates the fact that she is a siren so living her life openly is not an option

Sirens aren’t the only magical creatures in this world. There is a gargoyle on the roof. There are people blessed with magical charm living openly. So when Tavia’s best friend starts to wonder if she may actually be a mermaid (and not just play one at the Renaissance Fair) you don’t know for sure if that is a viable possibility or if she is starting to have a breakdown. The book keeps you unbalanced. I’m not sure if that was deliberate or from a lack of world building.

The next book in the series is about one of the Mean Girls in this book. She is supposed to be in Tavia’s Network but turns on her. I’m interested to see how events play out for her.

Get in the Sea