The Long Dark Tea-Time of the Soul by Douglas Adams

Kate is trying to get on a plane to Norway but gets delayed at the ticket counter by a confused Norwegian man. Shortly after she leaves the counter, it is destroyed in what authorities eventually describe as “an act of God.” They don’t know how right they are.

I liked this novel better than the last Dirk Gently novel I read. I can’t really describe the plot because it only has a very loose one. This is a book that is more about the reading experience than where it is actually going.

The Lady and the Unicorn by Tracy Chevalier

This is the imagined story of the six Lady and Unicorn tapestries based on the lives of the real people who commissioned them. This is one of them – “My Soul’s Desire”. 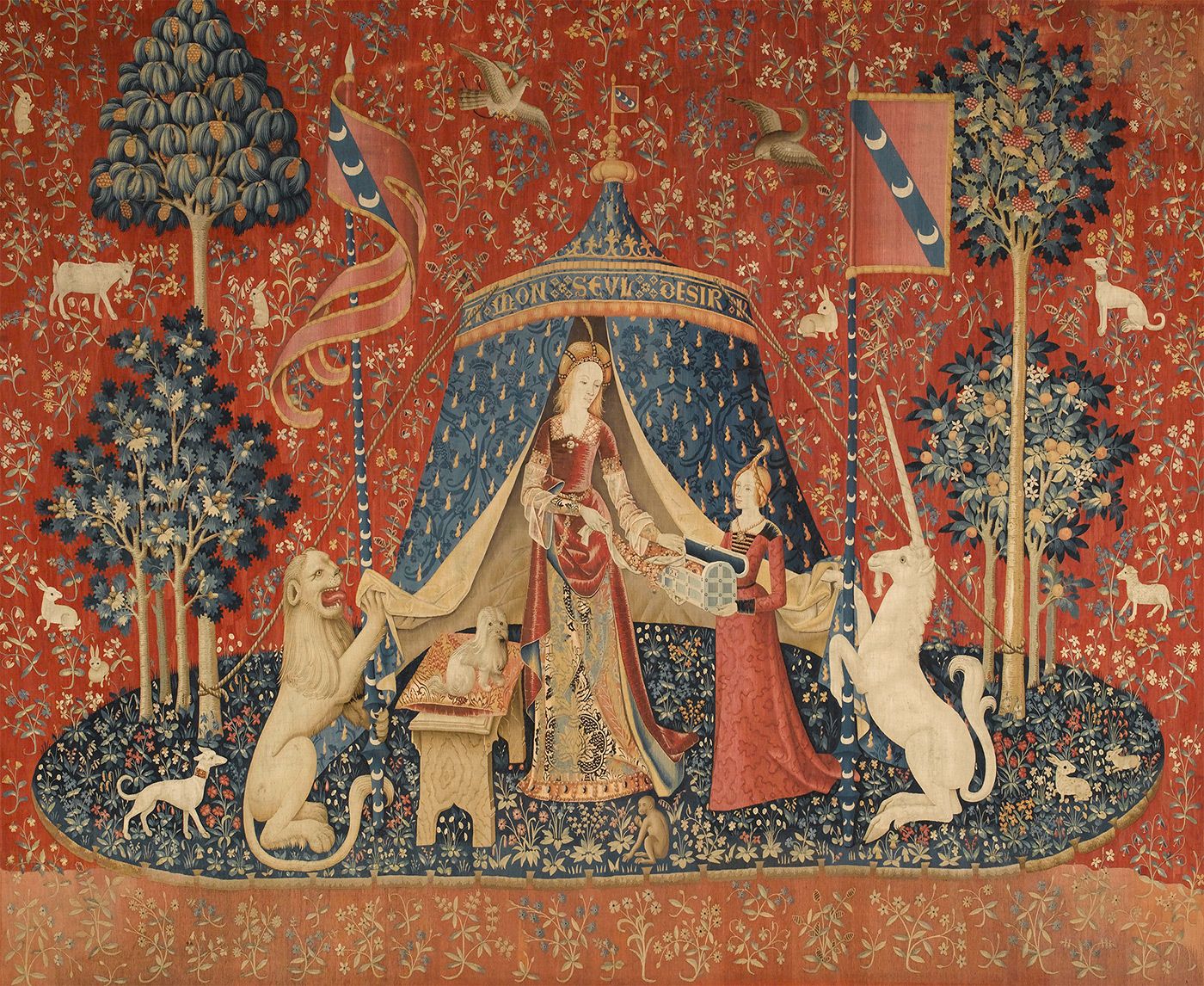 The story moves between the noble house in Paris and the shop of the weavers in Brussels. It gives a good glimpse into the lives of women of different social statuses in the middle ages.

Ever After by Kim Harrison

Rachel Morgan is being framed. A demon named Ku’Sox has created a rift between reality and the demon lands of the Ever After. If the rift isn’t healed soon the demon lands will collapse and magic will no longer exist in reality. The demons know that Rachel probably didn’t cause the rift even if Ku’Sox says she did. But Ku’Sox is too powerful for the other demons to fight so Rachel has to fix the problem to clear her name. Too bad she has no idea how to do that.

This is the latest book in the Rachel Morgan series. I enjoyed it. This isn’t a series that you can pick up in the middle. You need to read it in order to have it make any sense. This one especially advances the mythology of the series.