Skip to content
By heatherJune 28, 2016Reading, travel3 Comments on Traveling with The Lost Symbol

The Lost Symbol by Dan Brown

This book is a hot mess.

I say that as an actual Dan Brown fan. I loved The DaVinci Code. Actually, I love the exposure of the suppression of women by the institutional church – not the adventure story. I consider the ending of Inferno to be the best ending of a book EVER. I swear, if they change that perfect ending to make it more palatable for movie audiences I will have a meltdown. So when I say The Lost Symbol is a hot mess, it is a hot mess.

Let me sum up. Robert Langdon gets tricked into going to D.C. to help a friend. He whines about it. Then he has to run from bad guys. Gets to a new landmark. Whines about it. Gets an info dump about stuff. Claims he doesn’t understand and whines some more. Rinse and repeat.

I love Washington D.C. It is my favorite U.S. city to visit. So, when I decided to plan a quick vacation to D.C. in July, I reread The Lost Symbol to find out about some new places to visit. Here are some new-to-me places I’ll be visiting that featured in the book.

This isn’t actually new to me. I just haven’t been here in a long time.

I was here in 1989(ish) when I got kicked out of the Senate Gallery for looking at a schedule. You weren’t allowed to read while in the gallery. We were checking what time we needed to meet our group and got thrown out. Shortly after that, there were bombings that closed the Capitol to visitors. (Strangely, I can’t find that incident on Google.Â  I swear, a week or two after I was there, a bomb was found in one of the galleries.Â  I’m starting to think I’m nuts now.)Â  Now you need to get a pass in advance to go in. I got one so I’m going back on the tour.

This is the Apotheosis of George Washington on the dome. It features in The Lost Symbol. It shows Washington becoming a god. Gods around the outside teach Americans about technology.

The Library of Congress

I can’t believe that I’ve never stopped in here.

I just want to wander around and look at the rooms.

This is right next to the Capitol. 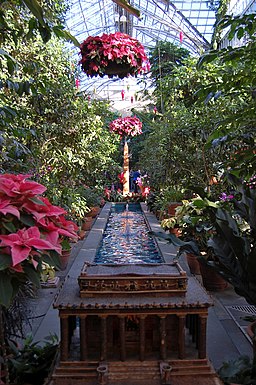 I like plants.Â  There will be lots of photo ops here.

There is an interrogation scene in the Jungle Room in The Lost Symbol.Â  I won’t do that.

I was here when I was in 4th grade. It was still under construction. I don’t remember much about it. I think we just walked around the parking lot. 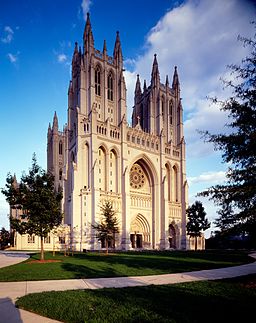 There is a self guided tour you can take to see all the gargoyles. There are cat ones and even one of Darth Vader.

For non-book stuff, I’m going to:

Do you ever use books to plan your travels?

3 Replies to “Traveling with The Lost Symbol”