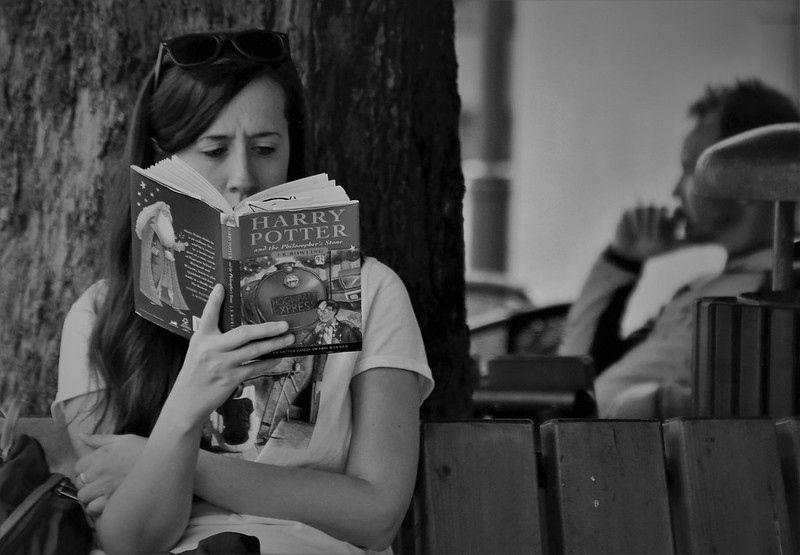 “As adults some of us leave YA/Middle Grade behind and some of us continue to revel in it…but what separates us as readers? If you still pick up YA/Middle Grade, what draws you to them instead of Adult Fiction? If you’ve “grown out” of those genres, why do they no longer spark joy in you?”

YA is such a contentious topic in the book world. I’ll admit that I don’t understand adult readers who never venture out of the world of YA. These people also tend to be the most vocal advocates for “YA is the best thing EVER!!!” and you disagree with them at your peril.

My relationship with YA books is … complicated. I used to think that I liked YA fantasy and didn’t like YA contemporaries. It turns out that this is almost completely wrong. It surprised me when I realized that. It really hit home for me when I was sitting in the nail salon reading Children of Blood and Bone. It was a wonderfully written and very original book but I realized that I absolutely didn’t care what happened in the story.

Why Most YA Isn’t For Me

You know at the beginning of The Little Mermaid movie when Ariel is yelling at her father that she should be able to do what she wants because she’s 16? Yeah, if you just sighed and perhaps rolled your eyes, you are an old person. King Triton should have sent her to her room and it would have saved a lot of drama. That’s how I feel about a lot of YA. You’re 16 years old and are the only person in the whole world who can save the kingdom even though there are adults around? Sit down.

I don’t do problematic romances

No one has ever thought you were pretty before and now two guys are falling all over themselves for you? *YAWN*

Don’t even get me started on teenage girls dating immortal men.

YA that deals with teens navigating social issues tends to work for me. It is even ok if there is a bit of magic – more urban fantasy than high fantasy.

I find middle grade books to be an absolute joy. They are super plot driven and low on the angst. No one is pining over their boyfriend/girlfriend when they should be doing something else. Middle schoolers in books get on with what needs to get done.