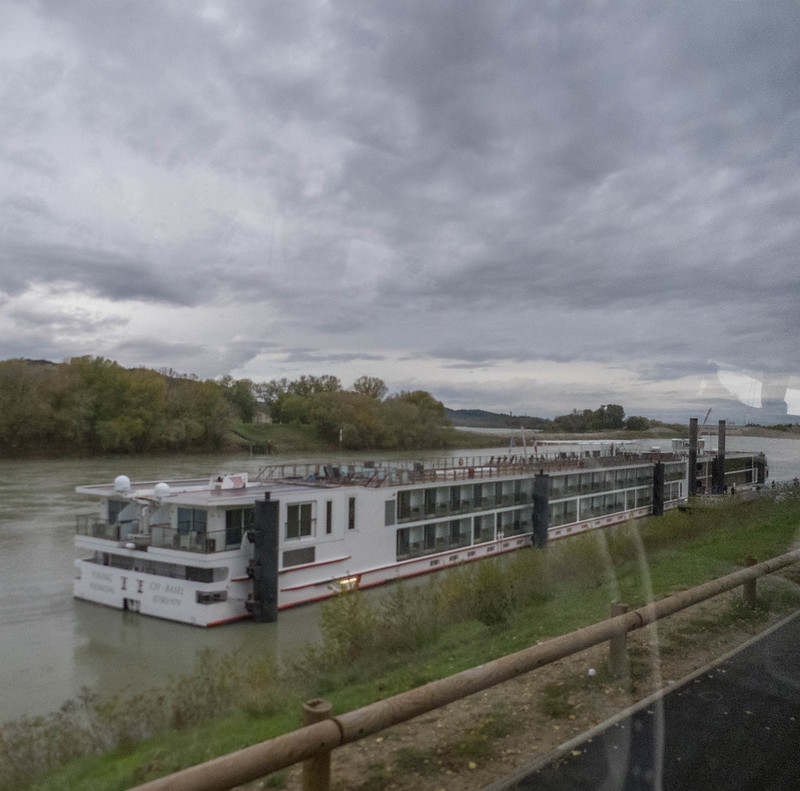 When we decided to go on a Viking River Cruise the aspect I was most worried about was the food. The husband has life-threatening food allergies and I’m a vegetarian who prefers to eat mostly vegan. We can be hard to accommodate. Everything I read online said that we’d be fine so how did it actually go?

The husband came home from France safe and sound so the staff did a wonderful job with the allergy issue.

They don’t have people with food allergies flagged because you can sit anywhere you like for meals. That meant that at every meal he had to give his allergy talk to the waiter. That’s not his favorite thing to do and after every lunch and dinner for a week I could tell he was getting really tired of it. The waiters seemed to have been well versed on what was in each of the dishes ahead of time and they were quick to ask if they had any doubts.

They actually were a bit confusing at first about what they would and wouldn’t let him eat. His allergy is to sesame. We were on the boat on Thanksgiving and they had a pumpkin pie. They told him that night he could have anything but pumpkin pie. Who puts sesame in pumpkin pie? The husband was muttering about how unAmerican it was. (Yes, in France while talking to a Serbian waiter. Of course it was unAmerican.) I was worried that if they did that then what else, that we generally consider safe, would we need to consider potentially unsafe.

After a few days I think I figured out the pattern. They wouldn’t let him have anything that contained bread at all, whether or not there was known sesame in it. So no panini, no brioche on the side of main dish. They also did not let him have things if they weren’t made from scratch on the boat. That was presumably the problem with the pumpkin pie since all other pies for the rest of the trip were fine.

They also had no problem changing my meal if it had sesame. The vegetarian option one night was udon noodles and they made a portion for me with no sesame oil in it.

I’m not a breakfast food fan. I’d much prefer left overs from dinner than traditional breakfast food. So, I wasn’t hopeful about the morning breakfast buffet.

The bar consisted of an omelet station with a lot of add-ins if you eat eggs. There was oatmeal, cream of wheat, and muesli. All of these were made with dairy milk. There was an assortment of fruit. Every day there was a changing assortment of small dishes usually with things like smoked salmon or other meats so I didn’t pay much attention to them.

Another table had a bunch of breads and pastries. A toaster was available. Three types of cereal were offered but again there were no non-dairy milks. (If I was going to want this daily, I would have bought some non-dairy milk at a store and kept it in the mini fridge in my room.)
You could also order prepared food like pancakes.

I mostly ate fruit, toast, and oatmeal. I ordered the pancakes once too even though I’m sure they were made with eggs and milk.

If you’ve been on large ship cruises before you may be used to having a choice of places to eat and times to eat. That isn’t really the case here. There is one dining room and you eat at the precise time they tell you.

Both lunch and dinner had an appetizer, an entree, and dessert.  In theory there was supposed to be a vegetarian option in each one at every meal.  That didn’t always happen.  I could have asked for salads to be made without meats for example but on those occasions I just skipped that part of the meal.

Cruising in an Age of COVID

The Rise: Black Cooks and the Soul of American Food

Blogging from A to Z – I