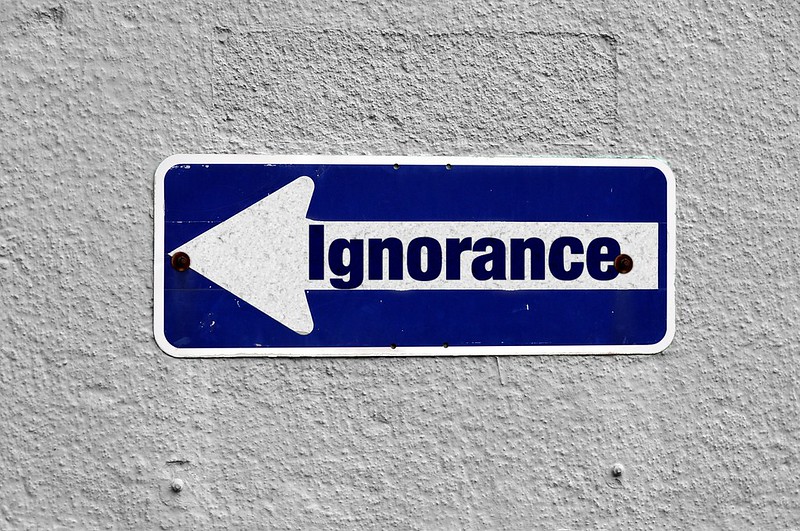 Try not to let this shock you but people are being stupid on the internet again.

My sister-in-law, who is a person of the conservative political persuasion and an elementary school teacher, posted something saying that no matter what you think about masks don’t yell at your kid’s teacher because they don’t set policy.  She added that she understands that some people don’t think that masks are effective but her children and the kids in her in-person classes last year were healthier all around because they weren’t spreading every germ around.  The comments on this were positive.

I was a bit confused.  Why are people suddenly debating the effectiveness of masks?  I thought that was pretty settled.  I mean people complain about wearing them but for the last year there wasn’t a big ground swell of people yelling, “Masks don’t work”.  That seems to be happening now for some reason.

So I replied, “People who say that masks don’t work are just being willfully ignorant at this point.  I hope they don’t mind when their surgeon doesn’t wear a mask because she isn’t feeling it that day.”

I woke up this morning to a DM from a cousin saying, “Please, please, please drop the hammer on the guy in the comments.  I replied and tried not to let my sarcasm through too much.”  Oh crap, what did I do?

A guy had replied to my comment about masks by saying, “Bacteria vs virus. Learn your facts.”

Learn your facts. That showed me. When I think of all the years I obviously wasted in school…..

My sister-in-law had swooped in to point out that I was a doctor. (She caveated it by saying it was on animals but it was still doctoring.) The cousin had ever so kindly stated that there was a lot of misinformation in the world and gave a link that might help his understanding of the subject.

He thanked us all kindly and said that he had learned and grown as a person through our discussion.

Of course not! He replied, “It is basic understanding.”

In my heart I so wanted to reply with either, “Apparently not” or “You’d think that but here we are.” However, I don’t engage with these people on the internet. That isn’t really taking the moral high ground. I’m just so conflict adverse that I’m surprised that I even checked to see what this guy had said.

I’ve been whining for years about the rise of anti-intellectualism in the U.S. I don’t get it. I really don’t. I’m a person who loves to learn stuff. I don’t understand people who don’t. I was the kid in school who would get internally irate whenever someone would ask, “Why do we need to learn this?” Because it is knowledge, that’s why. Because you should want to cram your brain chuck full of it to expand your understanding of the world.

Why do people want to believe that they know just as much as people who have been studying a subject for a long time? Why are they so hell bent on believing that there are no such things as experts?

This ties into another thing I hate. I hate it when someone changes their mind about something and people take it as proof they can’t be trusted. They “flip-flopped.” Good. They learned more information and their opinion evolved. That’s what should happen. People are using it as a reason to not trust public health officials. Yes, advice about this pandemic has changed over time. It is a developing situation so as more was learned advice was refined. That’s how accumulation of knowledge works. I can’t imagine how empty the lives of people who never learn anything new is.

Maybe I should start espousing a new conspiracy theory on the internet. I’m going to start telling people that conservative leaders want their people to be dumb so they are more easy to control. That’s why they fight against good science education or any education. It has the benefit of maybe even being true. Problem is, the people who need to hear that are the people who think they are the smartest and don’t need the warning.