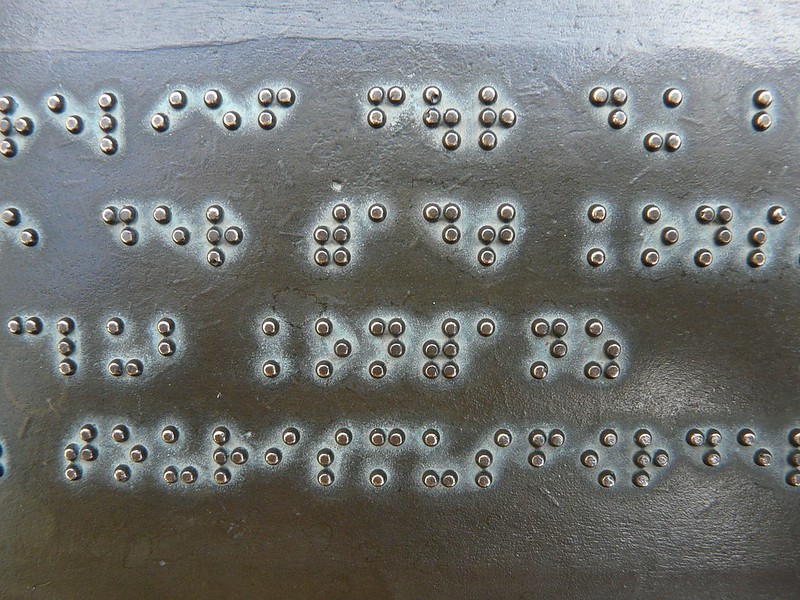 The incredible life story of Haben Girma, the first deafblind graduate of Harvard Law School, and her amazing journey from isolation to the world stage.

Haben grew up spending summers with her family in the enchanting Eritrean city of Asmara. There, she discovered courage as she faced off against a bull she couldn't see, and found in herself an abiding strength as she absorbed her parents' harrowing experiences during Eritrea's thirty-year war with Ethiopia. Their refugee story inspired her to embark on a quest for knowledge, traveling the world in search of the secret to belonging. She explored numerous fascinating places, including Mali, where she helped build a school under the scorching Saharan sun. Her many adventures over the years range from the hair-raising to the hilarious.

Haben defines disability as an opportunity for innovation. She learned non-visual techniques for everything from dancing salsa to handling an electric saw. She developed a text-to-braille communication system that created an exciting new way to connect with people. Haben pioneered her way through obstacles, graduated from Harvard Law, and now uses her talents to advocate for people with disabilities.

HABEN takes readers through a thrilling game of blind hide-and-seek in Louisiana, a treacherous climb up an iceberg in Alaska, and a magical moment with President Obama at The White House. Warm, funny, thoughtful, and uplifting, this captivating memoir is a testament to one woman's determination to find the keys to connection.

The thing that impressed me about this book was her sense that her disabilities, especially her blindness, really aren’t that big of a deal.  She repeatedly says that blindness is “just a lack of sight” like it is mostly inconsequential.  I think this is because there is more adaptive infrastructure for blind people than for Deafblind people.  She is able to use braille computers and books, cane skills, and her guide dog to get around the world.  Adaptation for deafness like sign language aren’t as accessible to her because of her blindness.

It amused me that she could never understand why her parents were so “overprotective.”  She couldn’t understand why they didn’t want her to go off and build a school in Africa.  Most parents wouldn’t say their teenager could go on a several month trip to Africa during the school year without thinking about it a bit.  That’s without adding in the additional issues raised when that teenager is Deafblind.

It was frustrating to read about people who wouldn’t inconvenience themselves a little bit to make adjustments that had huge impacts for her.  I would like to think that people would want to help others but I guess I’m being naive.

This memoir is written as a series of essays on different points of her life so dwells for a while in one time period and then jumps ahead sometimes by several years.  I liked this format because a lot of memoirs get bogged down in minutia during the less interesting times of the subject’s life.

I’d recommend this memoir to anyone who wonders what it is like to be Deafblind in a seeing and hearing world.