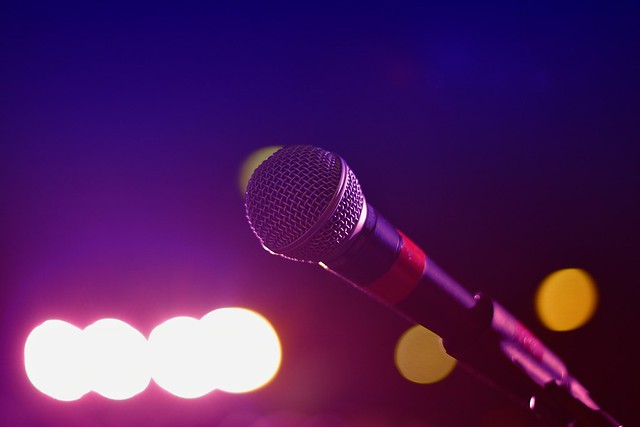 Sixteen-year-old Bri wants to be one of the greatest rappers of all time. Or at least make it out of her neighborhood one day. As the daughter of an underground rap legend who died before he hit big, Bri’s got big shoes to fill. But now that her mom has unexpectedly lost her job, food banks and shutoff notices are as much a part of Bri’s life as beats and rhymes. With bills piling up and homelessness staring her family down, Bri no longer just wants to make it—she has to make it.

On the Come Up is Angie Thomas’s homage to hip-hop, the art that sparked her passion for storytelling and continues to inspire her to this day. It is the story of fighting for your dreams, even as the odds are stacked against you; of the struggle to become who you are and not who everyone expects you to be; and of the desperate realities of poor and working-class black families.

I’ve been mildly worried about this book.  Second books are always hard but how do you follow up a phenomenon like The Hate U Give?  I didn’t want to hear a lot of snide talk about, “It’s good but it isn’t The Hate U Give.”  I was lucky enough to be able to get a copy from the library on release day.  I stayed up past my bedtime to read it all in one sitting.  Good sign.  What do I think?

It’s good but it isn’t The Hate U Give.

The good thing is that it isn’t trying to be.  This is a much smaller, more personal story.  It is set in Garden Heights a year after the events in THUG.  It is referenced a few times as ‘when that kid got killed last year’.  They are still dealing with increased police presence in the neighborhood that she says is meant to look friendly but really means that they are being watched.

Bri is the younger child of an up and coming rapper who was killed by a gang outside her house.  Her mother got addicted to drugs following the murder.  Bri and her older brother Trey lived with her father’s parents until her mother got clean.  Their grandmother and mother still have a very contentious relationship because of this. Trey just graduated from college but can’t find a job in his field and is home working at a pizza place.

Bri’s mom loses her job as a church secretary because the church can’t afford to fix the damage from the riots a year ago and pay her too.  Their financial situation was precarious before but now they need to decide which bills to pay.  They even have to accept from help from Aunt Pooh, a gang member and drug dealer.  Bri decides she needs to start making money from her music to help out.

She writes a song called On The Come Up.  It references an incident where Bri got thrown on the ground by some security guards at school.  She writes that no matter what she is actually doing she is perceived as a thug and as a gang member who is selling drugs and starting fights.  The song is catchy and gets popular in the neighborhood.  The problem is that the catchy parts that people sing along with are all about guns and being a gang member.  People miss the “I’m not like this but people think it” beginning part.  “Claiming to be into gang life” causes even more problems for Bri because that’s not her and she doesn’t know how to get out of the trouble it is causing.  People are even using the song to justify what the security guards did at school.  “See, she was a gang member..”

Perception vs reality is the major theme here

I love all the interactions in this book.  They feel so real.  You can feel the bitterness and resentment between her mother and grandmother.  I love the descriptions of church services.  It is like a full contact sport of what you say vs what you actually mean.

This gets deep into what it is like day to day to be very financially insecure.  Which bill gets paid?  How long can you go with heat or electric?  What is it like to have to go to a food giveaway at Christmas?  Bri’s mom was taking college classes but she can’t do that and be eligible for food stamps so she has to drop out.  That puts her even farther away from getting a better job to help out their situation.

Snug in Iceland
The Hate U Give