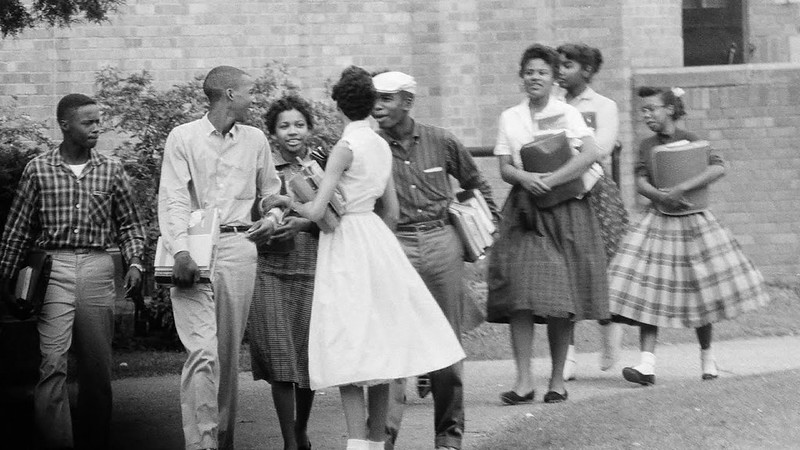 The landmark 1954 Supreme Court ruling, Brown v. Board of Education, brought the promise of integration to Little Rock, Arkansas, but it was hard-won for the nine black teenagers chosen to integrate Central High School in 1957. They ran the gauntlet between a rampaging mob and the heavily armed Arkansas National Guard, dispatched by Governor Orval Faubus to subvert federal law and bar them from entering the school. President Dwight D. Eisenhower responded by sending in soldiers of the 101st Airborne Division, the elite "Screaming Eagles" - and transformed Melba Pattillo and her eight friends into reluctant warriors on the battlefield of civil rights. May 17, 1994, marks the fortieth anniversary of the Brown v. Board of Education ruling, which was argued and won by Thurgood Marshall, whose passion and presence emboldened the Little Rock struggle. Melba Pattillo Beals commemorates the milestone decision in this first-person account of her ordeal at the center of the violent confrontation that helped shape the civil rights movement. Beals takes us from the lynch mob that greeted the terrified fifteen-year-old to a celebrity homecoming with her eight compatriots thirty years later, on October 23, 1987, hosted by Arkansas Governor Bill Clinton in the mansion that Faubus built. As they returned to tour the halls of the school, gathering from myriad professions and all corners of the country, they were greeted by the legacy of their courage - a bespectacled black teenager, the president of the student body at Central High. Beals chronicles her harrowing junior year at Central High, when she began each school day by polishing her saddle shoes and bracing herself for battle.

You’ve seen the pictures of the Little Rock Nine being escorted into the school by soldiers and the famous picture above of the angry mob around Elizabeth Eckford. What I never heard about or considered was what happened after they got into the school. I guess I thought that everything was fine once they got inside. It absolutely wasn’t. This is that story.

I listened to the audiobook of this story. It is brutal. Every day after listening I was completely disgusted with white people. I’d tell the white people I work with all about what I had learned that day so they could be mad at our fellow white people with us. I proposed a road trip to Arkansas to beat up some elderly white people but no one has taken me up on it so far. That’s only because they haven’t read the book. If they had, they’d get over their reservations and join me in giving some old people some well deserved whuppings.

All day long the white kids in the school tormented the black students. It was completely ignored by the adults. That’s what amazes me the most. The adults seemed to give up control of the school. I understand that most of them wanted the black students gone too but you’d think that they would at least try to keep some order during classes. They didn’t. It seems like the whole school was ruled by packs of students.

On the first day the teenagers were in school a mob was threatening the school. There was actually talk by the adults in charge of giving one of the students to the mob to be lynched in order to settle them down. They discussed this in front of the kids.

Beatings happened daily. They were kicked all the time. White kids tried to set Melba on fire several times and she had acid thrown in her face. Lit dynamite was thrown at them in the hallways. I don’t know how many textbooks they went through because white students destroyed them routinely. This went on EVERY DAY FOR A WHOLE SCHOOL YEAR. I can’t imagine. I can’t imagine living through it and I can’t imagine hating anyone or anything so much that I could keep that level of abuse up for a whole school year.

Melba credits her family with the strength to get through.  This is where I differ with her interpretation a bit.  Her grandmother was a very religious woman who kept saying that god was in control of everything.  As a non-Christian, this grated on me.  I think it would have been better for the adults in her life to help stand up for her in any way they could (which admittedly was very little) instead of spouting platitudes.  Melba did embrace these and gained strength from them so I’m glad it helped her.  As a reader though they made me grind my teeth in frustration.

At the end of the book she talks a little about her perspective on the experience in retrospect.  She says that she would have never put her own kids into that kind of abusive situation.  That was something I wondered about.  The cause was good and just but what they went through was child abuse.  They sacrificed their mental and physical health for integration.  There is a second book that discusses what happened in her life after this hell year.  I’m going to read that.  She was definitely damaged by the experience.

I would also like to read about this from the perspective of some of the white people.  I kept trying to get into their minds and figure out how they were possibly justifying any of this.  I can’t make that mental leap.  I’d love to just be able to ask, “What the hell were you even thinking?”

This is a book I want to put into the hands of everyone.  These teenagers were amazing.  They took unimaginable abuse from both the white and black community.  This is history that we can’t forget.

White Is A State of Mind