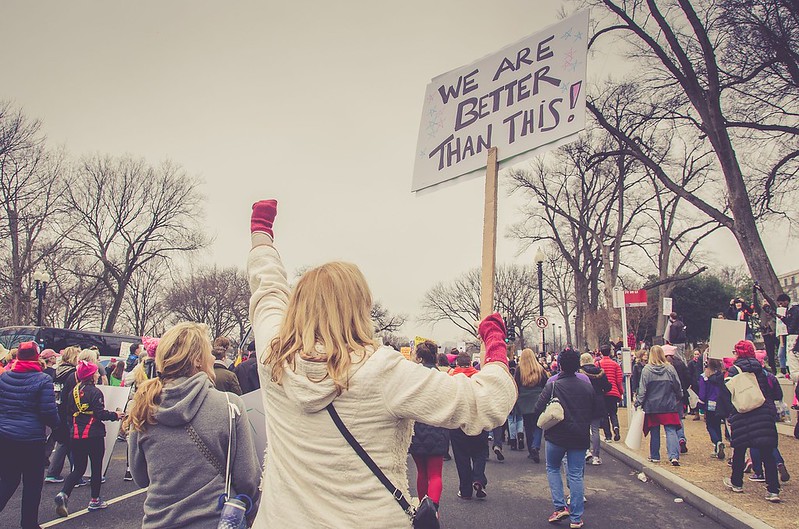 Referring to the defensive moves that white people make when challenged racially, white fragility is characterized by emotions such as anger, fear, and guilt and by behaviors including argumentation and silence. These behaviors, in turn, function to reinstate white racial equilibrium and prevent any meaningful cross-racial dialogue. In this in-depth exploration, anti-racist educator Robin DiAngelo examines how white fragility develops, how it protects racial inequality, and what can be done to engage more constructively.

This is a very dense book written by a white person detailing why white people get so defensive when talking about race and what can be done about it.  It is a book that I kept highlighting to remember her points.  I actually feel like I need to read it through a second time to really internalize all the points that she was making.

Some of her important points

“the white reference point is assumed to be universal and is imposed on everyone.”

I think this is absolutely true.  We tend to think of other people as having a race and we don’t.  We think of backgrounds by nationality instead of just as white yet we lump everyone with African origins as black.

A side effect of not being used to thinking of ourselves as a race is our lack of experience in racial discussions, specifically in difficult discussions.   When things get tough, we tend to panic and shut down the discussion.

We don’t understand what racism is

That leads to claims reverse racism, which according to the definitions that she uses isn’t possible.

“The simplistic idea that racism is limited to individual intentional acts committed by unkind people is at the root of virtually all white defensiveness on this topic.”

Racism isn’t just a person being mean to another.  It isn’t even just prejudice from one racial group to another.  All groups of humans are prejudiced against others.  Racism is prejudice plus power.

“When a racial group’s collective prejudice is backed by the power of legal authority and institutional control, it is transformed into racism, a far-reaching system that functions independently from the intentions or self-images of individual actors.”

In case that isn’t clear, she gives this example using sexism instead of racism.

White liberals are the worst to talk to about race

“In the post–civil rights era, we have been taught that racists are mean people who intentionally dislike others because of their race; racists are immoral. Therefore, if I am saying that my readers are racist or, even worse, that all white people are racist, I am saying something deeply offensive; I am questioning my readers’ very moral character.”

White people have to get over this defensive reaction if they want to be a productive part of the discussion.

“For those of us who work to raise the racial consciousness of whites, simply getting whites to acknowledge that our race gives us advantages is a major effort.”

“While making racism bad seems like a positive change, we have to look at how this functions in practice. Within this paradigm, to suggest that I am racist is to deliver a deep moral blow—a kind of character assassination. Having received this blow, I must defend my character, and that is where all my energy will go—to deflecting the charge, rather than reflecting on my behavior.”

I would recommend this to any white people, even if you think you know all about these topics.