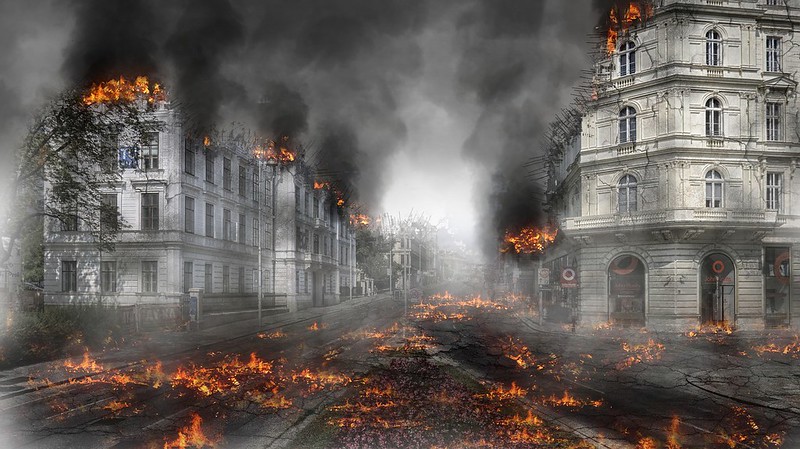 The husband and I are suckers for a home improvement show.  We don’t have HGTV at home so when we go on vacation somewhere with a TV we have a tendency to binge-watch and get notions in our heads.  This is dangerous.  Recently he realized that we can watch HGTV shows on Hulu.  This is bad.  We started with a show called Good Bones.

The premise is cute.  A mother and daughter team in Indianapolis buys run down properties and renovates them.  They are cute and quirky and have a strange extended family helping them.  They do really good work.  But there is a problem with the show.  The whole idea is gentrification although they never say the word.

They are focusing on a few neighborhoods in the city.  They use a lot of code words.  The neighborhoods are “up and coming” or “transitional”.  People are just “finding out about the area.”  Let me translate.  These are low income, predominately black neighborhoods that didn’t have a lot of investment where white people can swoop in and buy investment properties.

I can see both sides of this debate. I like to see homes fixed up nice and used again instead of continuous sprawl out from city centers.  These are mostly abandoned houses on the show.  If no one is keeping them up, then why wouldn’t you let people who want to invest in them buy them?  On the other hand, these are probably neighborhoods that were redlined.  On one episode they even say that east of one particular street, investors won’t go.  They say that in another area people will have a hard time getting a mortgage.  That was in a conversation with other realtors.  One says that all it would take is a cute cafe opening and then people would come there.  Guess what?  There are already people there.  It is like the Europeans saying that North America didn’t have any people until they showed up.  There are plenty of people already there.  There just aren’t white people with disposable incomes, good credit, and the ability to get mortgages already there.  The other realtors’ recommendation was to buy more houses in the area and redo them so people will want to move in when they see the neighborhood is “getting better.”

This is probably the case with a lot of other shows of this type so I’m not sure if this is just more blatant than others or I’m just more aware.  I may be part of the problem myself.  I own a rental property in a low-income area that we bought because the price was much lower than houses in our neighborhood.  We fixed it up.  It isn’t as fancy as they do but it is a house that won’t be owned by a person from that neighborhood because more economically privileged people were able to scoop it up.  Now, we are renting to someone who values that neighborhood but isn’t interested in home ownership at this time so maybe that’s a half point back for us?  I don’t know.

For now we are still watching the show.  We tend to yell, “Gentrifier!” at the TV whenever they say something egregious in the same tone as Shuri yelling, “Colonizer” in Black Panther.  We try to spot anyone who isn’t white who shows up in the show.  Spoiler – there have been a few men on the demo crew and one woman who served them coffee in the season and a half we’ve watched so far.

What do you think?  Is gentrification good, bad, a necessary evil, or something else?