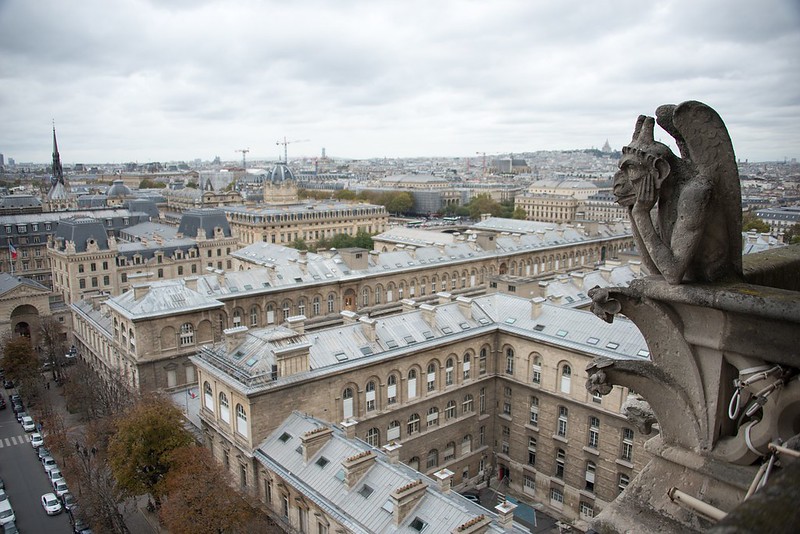 A modern tale of ancient intrigue from a USA Today bestselling author
When Zoe Faust--herbalist, alchemist, and recent transplant to Portland, Oregon--begins unpacking her bags, she can't help but notice she's picked up a stow away: a living, breathing, three-and-half-foot gargoyle. Dorian Robert-Houdin is no simple automaton, nor is he a homunculus; in fact, he needs Zoe's help to decipher a centuries-old text that explains exactly what he is. Zoe, who's trying to put her alchemical life behind her, isn't so sure she can help. But after a murder victim is discovered on her front porch, Zoe realized she's tangled up in ancient intrigue that can't be ignored.
Includes recipes!

I found out about this series from a Foodies Read post. I’m super vocal about not liking cozy mysteries with amateur detectives/busy bodies inserting themselves in the investigation. But this sounded intriguing and the first book was free with my Audible membership so I gave it a try.

I liked the main character of Zoe immediately. She was born in Salem in the 1600s and her affinity for plants got her accused of being a witch. She fled with her younger brother and they were eventually taken in by alchemists. She took to alchemy and accidentally discovered the Elixir of Life. She’s just moved to Portland to try to stay in one place for a few years before people start to realize that she isn’t aging.

Dorian is a gargoyle that was accidentally brought to life in the 1800s. He’s turning back into stone and needs Zoe’s help to stop this from happening. He’s been working as a companion and chef for blind people. He’s a gourmet cook and is horrified to find out that Zoe is vegan. One thing I love about this series is that after his initial reaction, he wholeheartedly embraces vegan cooking. He makes all kinds of food that sounds absolutely wonderful. I see in the description above that there are recipes included in the book. There aren’t any in the audiobooks. I’m sad because I want to make so many of the things mentioned.

The Masquerading Magician by Gigi Pandian
on January 8, 2016
Pages: 336
Published by Midnight Ink

Deciphering an ancient alchemy book is more difficult than Zoe Faust bargained for. She'd much rather be gardening and exploring her new home of Portland, Oregon—but time is running out for living gargoyle Dorian Robert-Houdin. If Zoe isn t able to unlock the alchemy book's secrets soon, the French gargoyle will remain awake but trapped in stone forever.
When Zoe gives herself a rare night out to attend a classic magic show that reminds her of her youth, she realizes the stage magicians are much more than they seem. A murder at the theater leads back to a string of unsolved robberies and murders in Portland's past, and a mystery far more personal than Zoe and Dorian ever imagined.

I liked the story in this second installment but it was a bit frustrating as an audiobook. There seemed to be a lot of filler. A lot of Zoe’s internal thoughts were repetitive. She’d focus on things that had already been explained in the book so exposition would be repeated several times. It got annoying. I want to continue with the series but I’m going to move to ebooks instead of audio so I can skim past any of this redundancy. Besides, I’m still looking for recipes.

I enjoyed the additions to the main story in the series more than the specific crimes in this book. I can see the author setting up possible plot lines for future books. I want to see if I’m right.

I’d recommend this series for any urban fantasy lover who doesn’t mind some mysteries added to their stories.