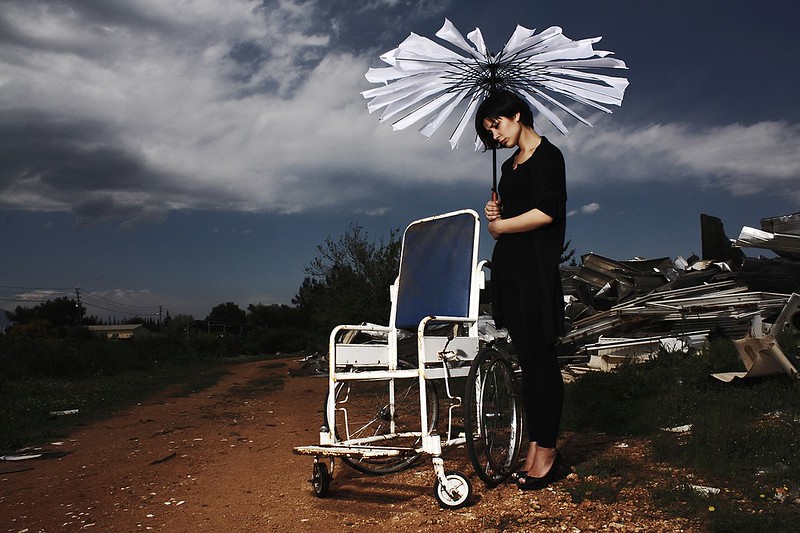 After the past few years of protests against encroaching fascism and state sponsored police violence on top of an actual real life pandemic, I’ve lost any interest in reading dystopian fiction. I don’t need to read about society crumbling and violence and mayhem rising in the aftermath. For all I know I may be living that right now. What I want to read is stories with hope.

That’s why when I saw this anthology mentioned on Twitter I jumped on it. Each of the stories in this collection take place after a catastrophe but each of them is hopeful. They show people rising up out of the disaster and thriving. Specially this collection focuses on how disabled and chronically ill people might survive and rebuild their worlds.

I especially enjoyed descriptions of towns built specifically to incorporate ramps or quiet areas or whatever people think of to accommodate their needs. These stories show what could be done if people considered accessibility in design.

I Will Lead My People by Janet Edwards

I loved this story of a woman who survived a human mass extinction that happened after aliens came. She has been leading her colony of fellow survivors in England. Now a man who has set up a colony based on a strict patriarchial structure and no technology wants to move his group to her settlement. She knows that he is going to try to take over. What should she do? This is a great exploration of moral grey areas.

All the World in Seafoam Green by Lauren Ring

An autistic seashell painter meets a fellow survivor from another colony and paints her a portrait of the wife she lost.

Survivors of a disaster in Australia decide that they are going to celebrate a traditional Christmas no matter how hard that might be. This story deals a lot with mental health after an apocalyptic event, including suicide.

Textbooks in the Attic by S. B. Divya

Rising waters caused by climate change have divided the world into rich enclaves on high ground and poorer periodically flooded areas. How will poorer people survive if the rich are hoarding resources like medicine?

If This Was the Talon by TJ Berry

A neurodivergent person is attempting to adapt to life after an alien invasion.

Aliens have wiped out most of Earth’s population because they considered it a failed experiment but some people survived. Those survivors kept their heads down and tried very hard not to be noticed by the rest of the universe. They don’t want the aliens to come back and finish the job. Now several generations later, people who didn’t live through the killings want to reach out to the rest of the universe despite what their elders advise.

In New Zealand deaf and autistic people have built a settlement that values silence. But want happens when your girlfriend wants to move on?

Rhizome, By Starlight by Fran Wilde

Descendants of people left behind to tend a seed bank fight to keep kudzu and other intelligent plants from overrunning the greenhouse.

The Science of Pacific Apocalypse by Octavia Cade

The only survivors of the apocalypse in Oceania were scientists who were doing isolated research alone on ships or in the wilderness or in Antarctica. Now they communicate by radio. Each has continued doing some form of science and they are explaining their discoveries in new and unique forms to make it accessible to everyone.

The Rest Is by Stephanie Gunn

A girl is raised in a walled compound with her grandmother and mother because there are monsters outside. One day she looks over the wall and realizes that the things her grandmother has told her might not be true.

A Floating World of Iron Spines by Tyan Priss

A woman with chronic pain and back problems lives mostly alone in a world that has been flooded by aliens. She finds an injured alien and helps to rebuild him with mechanical parts. Then they find a baby who survived a raid and need to reunite him with his family even if that means going into a city.

Return of the Butterflies by Emilia Crowe

A woman is raising an autistic son without much support. She takes him to a field to get away from town and sees butterflies for the first time since the disaster.

A woman with ADHD did well during the zombie apocalypse. She could focus when it was clear what was a real emergency. But now the zombies are mostly gone and she’s settled an in amusement park with other survivors. There is no excitement anymore and she’s getting restless.

Nothing but Flowers by Katharine Duckett

For 15 years survivors have built a life in New York City. Now the wealthy people who owned the buildings they live in before the disaster have emerged from their bunkers in Connecticut and want their property back.

The 1st Interspecies Solidarity Fair and Parade by Bogi Takacs

There have been three waves of alien invasion and people are just over it. No one is interested in signing up to work with the last wave of aliens – who are actually friendly. A human and an alien who are supposed to be encouraging cooperation in the former Czech Republic find themselves throwing a festival based on old LGBT Pride parades.