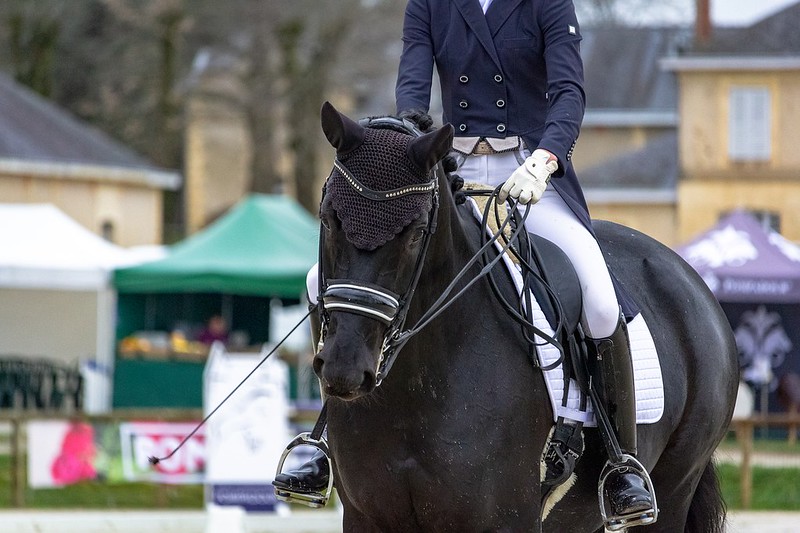 I know that people talk about it being a cesspool but my feed is tightly curated. It is fun and a joy to read. I don’t follow anyone who is fighting or being nasty. It is about 1/3 books, 1/3 people trying to make the world better, and 1/3 animals.

Sometimes though the real world shows up on my feed. It is all the fault of Olympic dressage.

The FEI, which the international governing body of equestrian events (ahem, see – it is still an adjective), and the Olympic twitter account have put out some tweets with short clips of the dressage horses. They are meant to be a “Hey! Isn’t this cool?” thing. Some people take it that way. Others go to the comment section.

It never ceases to amaze me that people who wouldn’t know what part of a horse you sit on feel the need to comment on things they obviously know nothing about.

Most of the nasty comments are along the lines of “This isn’t a sport. The rider isn’t doing anything. The horse just memorizes the routine.” People are so dumb.

The point is to make it look effortless. It is not effortless. Take this from a person who has ridden dressage in the ittiest little babiest classes and still royally screwed it up. It is not easy.

As one person said, “This event is descended from the training used to teach war horses how to kill people. Be glad that it is now useless and pretty instead of deadly.”

I could just stew about this on my own and go about my business but one person pushed me too far. She claimed that the horses are EATEN after the competition.

Yes, the Grand Prix Dressage horses who are worth hundreds of thousands of dollars and have invested 5-10 years of intense and expensive training and competing to qualify for the Olympics. The horses that you then paid to fly to Japan along with their whole staff of grooms and trainers and vets – those horses. You are going to EAT those horses? How does she explain the horses who have been on multiple Olympic teams. Their people just weren’t hungry?

I commented and asked why she was so quick to put her lack of knowledge on display like that. Then I blocked her because I don’t like conflict and didn’t want to see any kind of stupid reply.

I’m going back to my happy timeline. I can’t handle the real world.