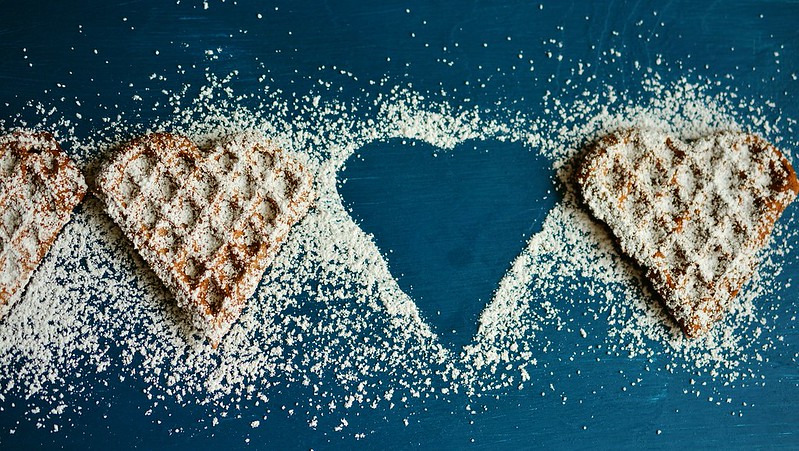 Ready...
Four years ago, Sylvie Fairchild charmed the world as a contestant on the hit baking show, Operation Cake. Her ingenious, colorful creations captivated viewers and intrigued all but one of the judges, Dominic De Vere, the hottest pastry chef in London. When her glittery unicorn cake went spectacularly sideways, Dominic was quick to vote her off the show. Since then, Sylvie has managed to use her fame to help fulfill her dream of opening a bakery, Sugar Fair. The toast of Instagram, Sugar Fair has captured the attention of the Operation Cake producers…and a princess.
Set…
Dominic is His Majesty the King’s favorite baker, the go-to for sweet-toothed A-List celebrities, and a veritable British institution. He’s brilliant, talented, hard-working. And an icy, starchy grouch. Learning that the irksome Sylvie will be joining him on the Operation Cake judging panel is enough to make the famously dour baker even more grim. Her fantastical baking is only slightly more troublesome than the fact that he can’t stop thinking about her pink-streaked hair and irrepressible dimple.
Match…
When Dominic and Sylvie learn they will be fighting for the once in a lifetime opportunity to bake a cake for the upcoming wedding of Princess Rose, the flour begins to fly as they’re both determined to come out on top.
The bride adores Sylvie’s quirky style. The palace wants Dominic’s classic perfection.
In this royal battle, can there be room for two?

This is a fun romantic story about what happens after getting voted off of a hit baking show. Sylvie was a fan favorite and parlayed that success into her quirky bakery, Sugar Fair. Unfortunately, the only commercial kitchen they could afford was across the street from De Vere’s, a London institution and the home of Dominic De Vere – the judge who voted her off the show. The stores couldn’t be more different.

Sugar Fair is over the top decorations and whimsy. De Vere’s is elegant minimalism. Now they find themselves thrown together again – as co-judges on the baking show and as competitors for a contract to make a royal wedding cake.

I enjoyed the behind the scenes look at a show that isn’t quite The Great British Baking Show. There is a lot more going on here than just the show. Dominic is trying to reconnect with his estranged younger sister. Princess Rose is marrying a commoner who may be way over his head. Dominic and Sylvie are trying to dig into Rose’s private life to discover ways to personalize the cake like her fiance asked but they find out more than anyone bargained for.

If you like baking shows or royal love affairs, this is a great book. The cakes sound fabulous too.