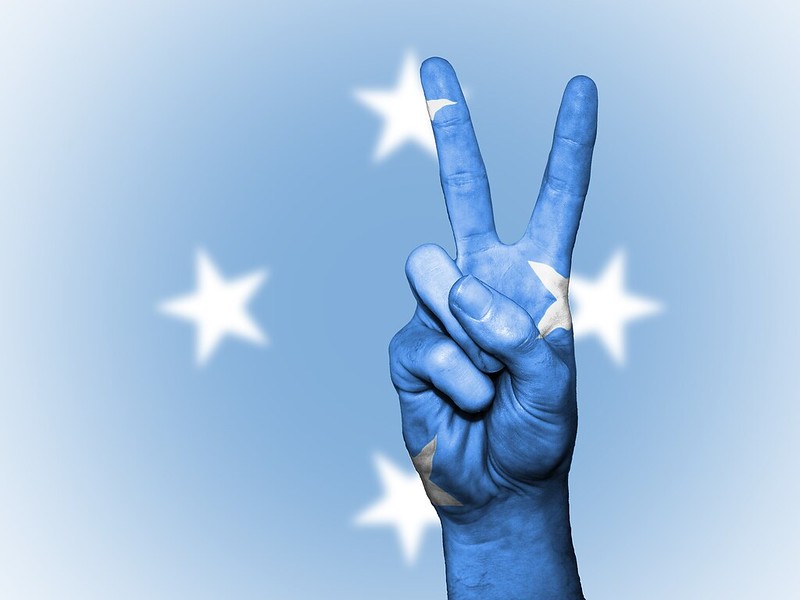 His plane nearly crashed, the cops he'd been hired to train almost killed him, and he ingested a substance that bore a close resemblance to elephant snot—all during his first two days on the job.
Micronesian Blues tells the true story of former L.A. street cop Bryan Vila’s hilarious road to cultural enlightenment as a police chief in the remote Pacific islands of Micronesia.
Through lively narrative laced with wry humor, it chronicles his adventures and misadventures on Saipan, Ponape (now Pohnpei), Truk (now Chuuk), Palau, Yap, Kosrae, and Kwajalein.
Trial and error was the name of the game in this dubious paradise, where Bryan had to learn the rules—or make them up—as he went. Yet he embraced island life, succeeded in his new role, and ultimately found himself profoundly changed by his experiences in Micronesia and the lessons he learned there.

I chose this book to read off Kindle Unlimited in order to work on my South of the Equator challenge. No matter how hard I looked at the map while reading this book though, I couldn’t find a loophole that actually made any of these island south of the equator. One is at 5 degrees north of the equator but that’s as close as it gets.

The actual location of these islands is just one of the things I learned while reading this book.

Bryan Vila went to Micronesia in the late 1970s. At that time the islands were deciding on what they wanted their islands’ governments to look like after they separated from the United States. His part in this was training police forces.

There were lots of challenges. First of all was distance. If there was a problem on another island, it may take days to get there. Communication between islands was spotty at the time. It got worse because whenever there was unrest, the first thing the protesters did was destroy communication equipment.

Each of the islands had a distinct culture and manners. Learning to respect and incorporate each was important in training police and in resolving disputes. It didn’t help when American bureaucrats in Washington or American security guards protecting military bases barged blindly in and upset matters by violating local customs.

They determined that the place that most resembled the situation in Micronesia was Alaska. They were recently a territory. They had to police very independent people over long distances. He started bringing Alaskan policemen to the islands to train. Then they started sending Micronesian police officers to an academy in Alaska with the goal of these cops eventually helping to build a police academy in Saipan.

One of the things he found frustrating at first was that it was hard to get the police to arrest people because on a small island the perpetrator was always related to or the neighbor of the police officer. Over time he realized that that wasn’t a bad thing.

“In Micronesia, I had soon learned, police officers weren’t just anonymous cops working a beat; they were somebody’s son and grandson, and maybe the nephew of the guy down the street or the brother of the drunk on the corner. They were truly a part of their communities—so much a part that compassion and kindness were as natural to dealing with people on the job as they were when interacting with their own families. It made me realize that what had been wrong in L.A.—why I’d always felt like a member of an occupation force as a police officer there—was that I and most of my fellow officers there hadn’t been a part of the communities we served. We had lived in nice, middle-class suburbs an hour-and-a-half drive and a world away from the ghettos and barrios we’d worked in. We’d been outsiders.”

The islands ended up dividing into The Federated States of Micronesia, an independent country, and the Commonwealth of the Northern Marianas Islands, a U.S. territory.