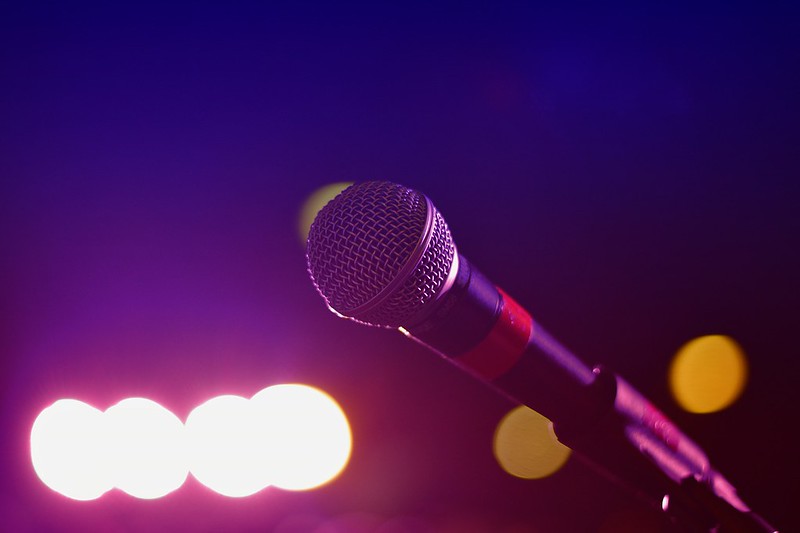 We Had a Little Real Estate Problem: The Unheralded Story of Native Americans and Comedy by Kliph Nesteroff
on February 16, 2021
Pages: 336
Genres: Nonfiction
Published by Simon Schuster
Format: Audiobook

From Kliph Nesteroff, “the human encyclopedia of comedy” (VICE), comes the important and underappreciated story of Native Americans and comedy.
It was one of the most reliable jokes in Charlie Hill’s stand-up routine: “My people are from Wisconsin. We used to be from New York. We had a little real estate problem.”
In We Had a Little Real Estate Problem, acclaimed comedy historian Kliph Nesteroff focuses on one of comedy’s most significant and little-known stories: how, despite having been denied representation in the entertainment industry, Native Americans have influenced and advanced the art form.
The account begins in the late 1880s, when Native Americans were forced to tour in wild west shows as an alternative to prison. (One modern comedian said it was as “if a Guantanamo detainee suddenly had to appear on X-Factor.”) This is followed by a detailed look at the life and work of seminal figures such as Cherokee humorist Will Rogers and Hill, who in the 1970s was the first Native American comedian to appear The Tonight Show.
Also profiled are several contemporary comedians, including Jonny Roberts, a social worker from the Red Lake Nation who drives five hours to the closest comedy club to pursue his stand-up dreams; Kiowa-Apache comic Adrianne Chalepah, who formed the touring group the Native Ladies of Comedy; and the 1491s, a sketch troupe whose satire is smashing stereotypes to critical acclaim. As Ryan Red Corn, the Osage member of the 1491s, says: “The American narrative dictates that Indians are supposed to be sad. It’s not really true and it’s not indicative of the community experience itself…Laughter and joy is very much a part of Native culture.”
Featuring dozens of original interviews and the exhaustive research that is Nesteroff’s trademark, We Had a Little Real Estate Problem is a powerful tribute to a neglected legacy.

I picked up this audiobook purely because it was available at the time I needed a new audiobook through my library. It was fascinating.

I didn’t know anything about this history. I didn’t know that Native American prisoners were used to staff Wild West shows. I often did wonder why well known chiefs went on those tours after they were captured. Now I know it was because they didn’t really have a choice.

I did not know that Will Rogers was Cherokee. (The book does go into the whitewashing of his legacy after his death.) I also didn’t know that he had a son, Will Rogers Jr., who became a politician.

There are a few things I want to know more about:

Will Rogers’ sister was with her fiance when a man hired by her father came into the bedroom and shot and killed the fiance. Later, her father had her next boyfriend killed. Did she ever get another man to date her? Why did he kill these men? Were they bad guys or did her father just have issues? I have questions.

Another comedian talks about growing up in the circus and then says that one day when he came home from school at age 9 his parents had moved away. His next line is, “When I got out of the Army….” Wait, back up! I want to know what happened at age 9.

I didn’t know about Charlie Hill. He was an inspiration to a whole generation of Native American comics.

It was interesting to hear about comedians who have worked entire careers playing only to audiences on reservations. They are huge in Native American communities but unknown outside of them. They also cover casinos on reservations that refuse to hire any Native American entertainers because their clientele is all old white people.

I’d recommend this book for people who love standup or show business behind the scenes stories, history buffs, and people interested in civil rights.