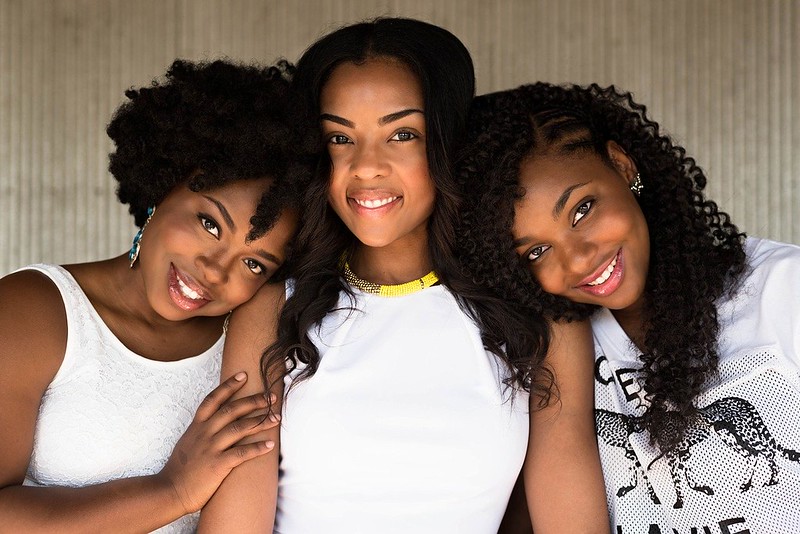 *An Indie Next Pick*
Writer and performer on Late Night with Seth Meyers Amber Ruffin writes with her sister Lacey Lamar with humor and heart to share absurd anecdotes about everyday experiences of racism.

Now a writer and performer on Late Night with Seth Meyers and host of The Amber Ruffin Show, Amber Ruffin lives in New York, where she is no one's First Black Friend and everyone is, as she puts it, "stark raving normal." But Amber's sister Lacey? She's still living in their home state of Nebraska, and trust us, you'll never believe what happened to Lacey.
From racist donut shops to strangers putting their whole hand in her hair, from being mistaken for a prostitute to being mistaken for Harriet Tubman, Lacey is a lightning rod for hilariously ridiculous yet all-too-real anecdotes. She's the perfect mix of polite, beautiful, petite, and Black that apparently makes people think "I can say whatever I want to this woman." And now, Amber and Lacey share these entertainingly horrifying stories through their laugh-out-loud sisterly banter. Painfully relatable or shockingly eye-opening (depending on how often you have personally been followed by security at department stores), this book tackles modern-day racism with the perfect balance of levity and gravity.

I found this book while just browsing what audiobooks were available at my library on a day when I needed an audiobook. I’d seen a few clips from Amber Ruffan’s show but didn’t know much about her.

Poor Lacey. She lives in Omaha, Nebraska and is usually the only Black woman at her job. This book is an attempt to show how many micro (and macro) aggressions a single person can encounter while just going about their life.

Amber tells most of the stories in the audiobook. She’s laughing uproariously through most of them. That’s mostly because she likes laughing at her sister and partially because if you don’t laugh you are going to cry. These things happen over and over. They range from the ridiculous – a cashier thinking Lacey’s Harriet Tubman checks were selfies – to the potentially deadly.

I’m white so I don’t identify with hearing these things said to me but I could sit and listen and remember all the similar things I’ve heard my fellow white people say. The most familiar was her complaints about people designating parts of Omaha to be “bad parts of town” when they are actually pretty fancy but Black people live there. I live just outside the downtown area of my city. I’ve never worked with anyone else who lived in the city. “In the city” is scary to white folks around here. People tell me all the time that they could never live where I live.

Let me describe my neighborhood. In the 1920s a local very rich businessman built a mansion and extensive gardens. It is now basically a museum. Across the street, some of his family and his senior executives built their houses. In the 1960s they decided to diversify the local schools by building low income houses on one street in this neighborhood. It seems that they defined “low income houses” as houses that don’t have servants’ quarters. (I’m not kidding. I now live in one of those houses. We are the riff raff.) I’m surrounded by an estate and a lot of gigantic houses designed to be run by full time live in staff. It is pretty darn snooty. But people who understand completely where I live still say that they could never live here because the city is dangerous. Let’s just go ahead and read that as, “Not everyone is white.”

Listening to this book can help you be more aware of the racism that surrounds you. It will also make you ready to jump on anyone who says anything inappropriate.

I was in the middle of this book when at work one day when I heard people on my staff saying a racial slur over and over. It turns out that they thought it was the name of a character in a movie but they couldn’t remember which one. They were about to Google it when I stepped in and told them not to Google that word. I explained that it was a not nice thing to call Jewish people. They said, and I freakin’ quote, “It can’t be a slur or why would I be saying it?” So for every non-white person who has ever wondered, “Can white people really be that clueless?” The answer is, “Yes, they absolutely can.”

About the same time another coworker and I were having a discussion about ingredients for a Japanese recipe. He was having a hard time finding an ingredient. We looked online and couldn’t find exactly what he was looking for. He asked if I had been to any local Asian markets. I hadn’t because of my husband’s food allergies. After avoiding it as long as possible we knew we had to go be “those people” and ask our only Asian coworker for a recommendation. I was horrified that this was going to turn into a Lacey story so I just walked up to her and announced that we had a racist food question to get it out of the way. She told me I was stupid and then told him which market has the best selection. Probably not the best way to handle it but Lacey has me paranoid. White people should be paranoid. We say a lot of dumb stuff thoughtlessly and some of us say a lot of really hateful stuff on purpose.