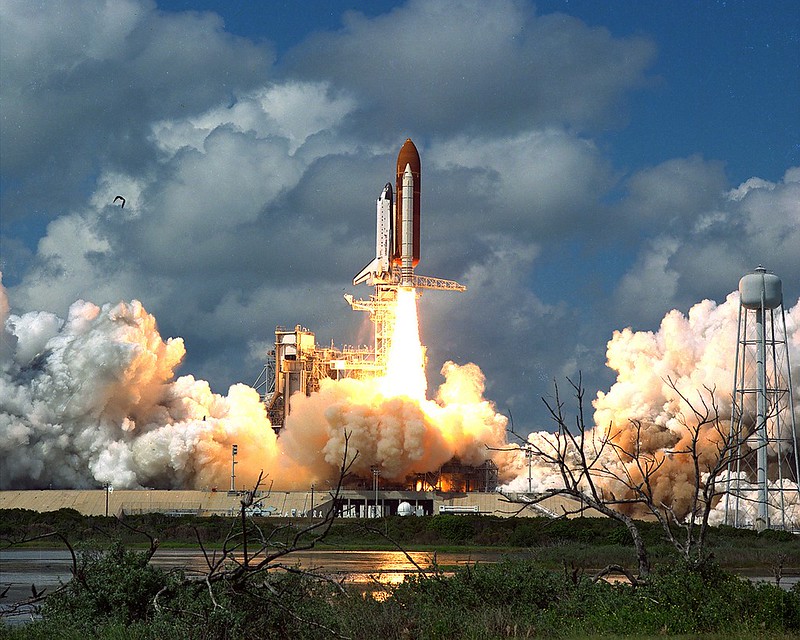 Mike Leinbach was the launch director of the space shuttle program when Columbia disintegrated on reentry before a nation’s eyes on February 1, 2003. And it would be Mike Leinbach who would be a key leader in the search and recovery effort as NASA, FEMA, the FBI, the US Forest Service, and dozens more federal, state, and local agencies combed an area of rural east Texas the size of Rhode Island for every piece of the shuttle and her crew they could find. Assisted by hundreds of volunteers, it would become the largest ground search operation in US history.

For the first time, here is the definitive inside story of the Columbia disaster and recovery and the inspiring message it ultimately holds. In the aftermath of tragedy, people and communities came together to help bring home the remains of the crew and nearly 40 percent of shuttle, an effort that was instrumental in piecing together what happened so the shuttle program could return to flight and complete the International Space Station. Bringing Columbia Home shares the deeply personal stories that emerged as NASA employees looked for lost colleagues and searchers overcame immense physical, logistical, and emotional challenges and worked together to accomplish the impossible.

Featuring a foreword and epilogue by astronauts Robert Crippen and Eileen Collins, this is an incredible narrative about best of humanity in the darkest of times and about how a failure at the pinnacle of human achievement became a story of cooperation and hope.

I clearly remember aimlessly watching the news that included in passing a brief mention of the landing of Columbia.  There was a pause and then the notification that they had lost contact with the shuttle.  I remember my then husband coming out of the bedroom and telling him about it.  What I don’t remember is any stories about the aftermath.  The Iraq War started and drowned out the findings.

I found this book for sale on BookBub and decided to give it a try.  It was wonderfully done. It was informative while being extremely respectful of the astronauts who died that day.  It communicates the deep grief everyone at NASA felt for the loss of the crew and also for the loss of the shuttle.  Columbia was over 20 years old. Many of the people who maintained her had been with her for their entire careers.

The author was in charge of the launch.  The book covers that and the immediate concern that something was seen falling and hitting the shuttle.  It doesn’t shy away from talking about how safety concerns were dismissed during the mission.  He was on hand when Columbia was supposed to land.  He describes what it was like to wait for the shuttle to appear in the sky and the gradual realization that it wasn’t coming.

“Our emergency plans assumed that a landing problem would happen within sight of the runway, where a failed landing attempt would be immediately obvious to everyone. Today, there was nothing to see, nothing to hear. We had no idea what to do.”

Columbia broke up over rural east Texas.  They were in no way prepared for a disaster of this magnitude.  No one was.  It took a while for people there to figure out what was happening when debris started falling from the sky.  The communities rallied though to host and feed the hoards of recovery workers who came in, to walk through brush and briars looking for the crew and debris, and to mislead the press about where the astronauts were being found.  Even two carpenters who were in the town jail got put to work building cubicles for the recovery team.  I hope they got time off their sentences for community service.

The book tells the story of the many people who came to help in Texas and then switches to sections on laying out the debris to determine the cause of the accident and what that meant for the space program as a whole.

There was a lot of discussion about what the crew knew.  There was video of them happy in the cabin that stops about a minute and half before the accident.  I personally wouldn’t want my loved one to know that they were about to die.  A lot of NASA people felt that it was better if they did know there was a problem and they were attempting to fix it because that would mean that they weren’t helpless passengers.  I don’t see how that would be comforting for anyone to think about.

Even if you aren’t into the space program, this is an interesting book about accident recovery and investigation and the toll it takes on people involved. It brings up a lot of issues I never considered like what do you do with a destroyed space shuttle.  I didn’t know that Challenger was sealed in a silo.  Columbia is available for researchers. NASA personnel are instructed to visit her to remember the responsibility they have to the crews that fly.

It is sobering and sad but also funny in parts and ultimately uplifting.